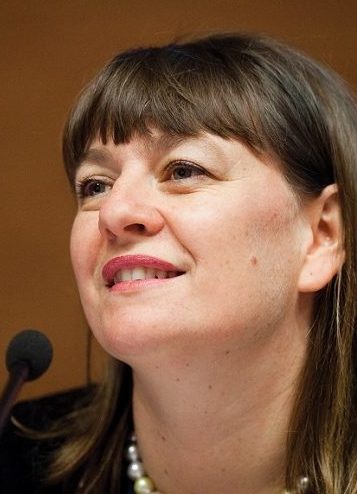 Elena is the founder and CEO of Knowledge Society, a leading Australian innovation agency which brings both economic reasoning and entrepreneurial flair to designing social and technical solutions to wicked problems particularly in education and social service delivery. Elena is on the Deloitte Access Economic Eminent Panel. She is also a scholar who writes in the history of economics and she lectures in social innovation and philanthropy at the UWA Business School.

In 2016, Knowledge Society in partnership with the Australian newspaper hosted, Knowledge Nation, a national summit to drive the implementation of the Australian Government’s National Innovation and Science Agenda.

Elena has been a founder of businesses, social enterprises and social impact initiatives. While based in New York from 2002 to 2007, she was the founding CEO of Advance.org, the global community for more than one million Australians in the diaspora. Elena was also co-convenor of the Advance 100 Summit, which brought leading Australians from around the world to the Sydney Opera House in December 2006.

At the University of Western Australia she led the establishment of the Centre for Social Impact at the UWA Business School, the UWA Religion and Globalisation initiative in partnership with the Tony Blair Faith Foundation, and was a co-founder of the In the Zone conference series.

An economist by training, Elena started her career in the federal government, working for the Department of Employment, Education and Training and the Australian Bureau of Statistics, where she was part of the team that launched the first user-pays information products and services. She was also part of Deloitte’s national consulting teams from 1995-6.

Elena writes essays and opinion editorials for the Australian Financial Review, The Australian and Standpoint magazine in the UK.